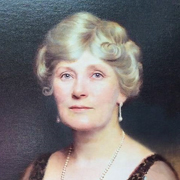 Founded by Jessie Donalda Dunlap, the David Dunlap Observatory has offered generations of U of T students and researchers a state-of-the-art facility for studying the skies, and contributed to U of T’s position as a world leader in astronomy.

The Dunlap Observatory at the University of Toronto owed its existence to a chance encounter between Professor Clarence A.C. Chant (1865-1956) and lawyer David Dunlap (1863﻿-﻿1924). Harbouring an interest in astronomy, Dunlap attended one of Professor Chant’s lectures at U of T in 1921 and introduced himself. Chant, who had been advocating for the University to build an observatory, clearly remembered this meeting, because he reached out to Dunlap’s wife, Jessie Donalda Dunlap (1867﻿-﻿1946), a few years later. By this time, David had passed away, and Mrs. Dunlap agreed to donate funds to the University for an observatory in her late husband’s memory.

Both from the Ottawa Valley, David Dunlap and Jessie Dunlap made their home in Mattawa after their marriage, where Dunlap built his legal practice. Through friends in the area, he became involved in exploratory ventures in Northern Ontario, and helped found the world’s largest silver mine in Cobalt and the world’s second-largest gold mine near Timmins. In 1910, they built a house in Rosedale, which became their principal home and has, since its purchase by the University from a third party in 1956, served as the residence for U of T presidents.

When the David Dunlap Observatory opened in 1935, it housed what was then the world’s second-largest telescope. Thanks to this remarkable facility, U of T astronomers were able to perform studies, such as observation of the Cygnus X-1 black hole, that have led to game-changing discoveries.